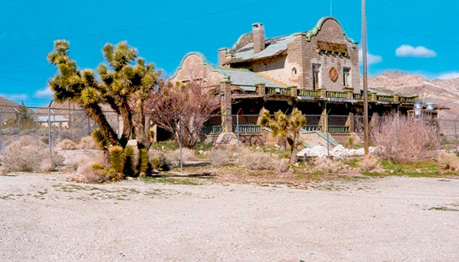 Here is an old train depot I first saw in the 70's. It is too bad that more attention is not given to it.--Ghost town-Rhyolite,Nevada. 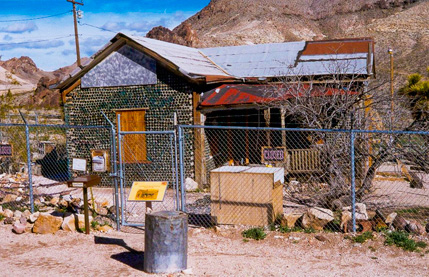 This historic old house--built out of bottles by a mine prospector after the Gold Rush days,now needs supports to stabilize it.It has also received some vandalism-which is the purpose of the fences being installed around it and the old train depot. I don't believe it looked this bad in the 70's. Rhyolite , Nevada - near Death Valley .(enlarge image) 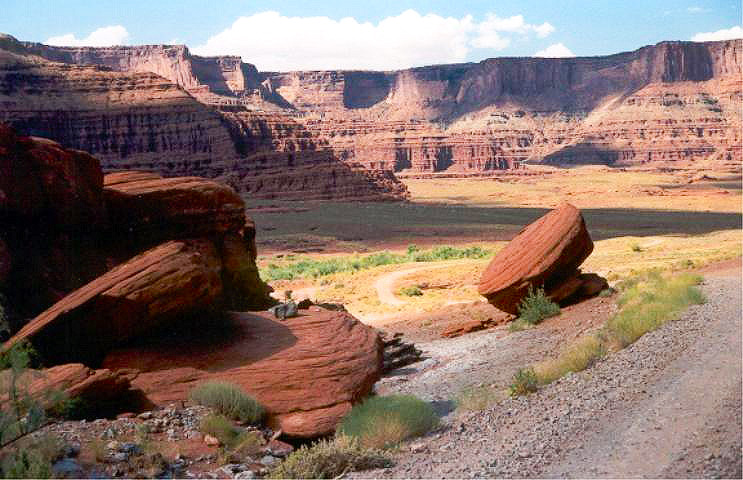 "Shafer Trail Road"- Canyonlands National Park-near Moab,Utah.I don't really need to explain why old dirt access roads should be allowed to remain open-do I? I think this photo pretty well does it for me!Should it ever be neccessary to limit access-then a short notice 24 to 48 hour reservation system should be initiated --as is done by tour operators in old Mexico. This allows everyone a fair chance to enjoy these scenic wonders. 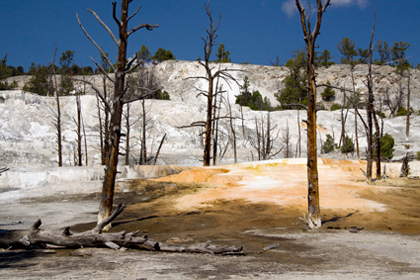 The "Upper Terraces Drive" in Yellowstone National Park, Wyoming - about a mile and a half south of "Mammoth Hot Springs" near the northwest entrance to the park. The area is much drier then a decade ago. For more click the Yellowstone link (on the "Student" list page). 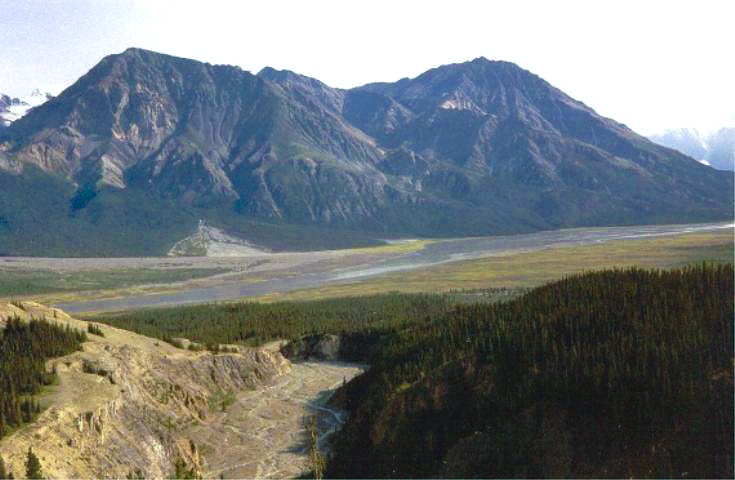 Finding trails that only require a relatively short hike,so as to be high above the dominate terrain,where one can look down at distant vistas and can find a remote quiet area to put a tent down -well away from the crowds-is quite easy to do in Canadian Parks. This scenery was about a 1˝ hour hike,at most, and is along the "Sheep Mountain Trail" in "Kluane National Park",in the Yukon Territory. The trail starts near Kluane Lake along the Alaska Highway. In many U.S. parks--one must hike a minimum of 8 or 9 miles to reach the closest spot where primitive camping is permitted. 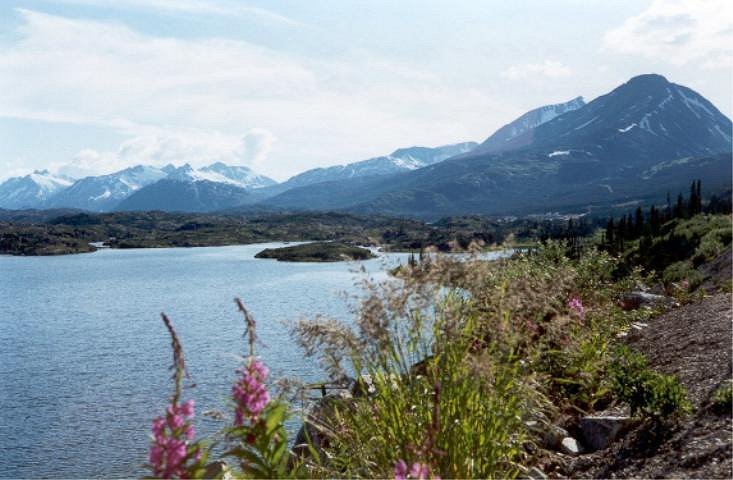 Great scenery exists in Alaska which can hardly be enjoyed by the average citizen,due to its remoteness and what the high cost of accessing it is.I'm referring to the national parks there that have no road access.Leaving them accessable by only aircraft or boat defeats their purpose-which is- a habitat for plants and wildlife, as well as a place of beauty,quiet, and solitude for "everyone" to enjoy. While I don't want motorboat,skimobile,or dune buggy noise in them,which defeats this purpose, I feel that at least a single dirt road, with primitive campsites should be allowed in them---at least every 125 miles or so!Photo--somewhere along highway 2, where Alaska, the Yukon, and British Columbia are in close proximity to each other. 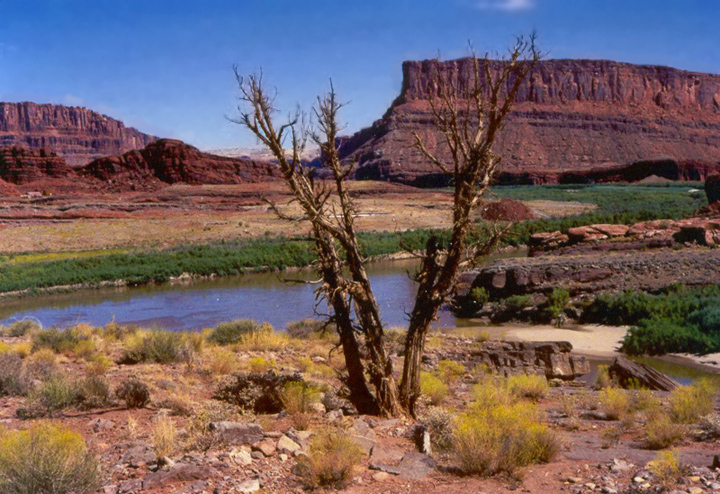 This shot was also taken in Canyonlands National Park, Utah. Like the other image of Canyonlands on this page - it was taken on Shafer Trail Road. It concerns me that some National Parks no longer allow people to drive their own vehicles in them. While it is true that it may help reduce overcrowding, I do not wish to be limited to what park workers - who are "Not Photographers" - consider as being the right location and angle for that perfect shot. 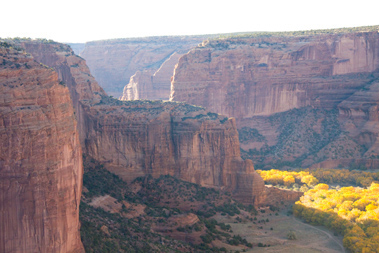 This is Canyon De Chelly today. It's a very beautiful spot in the Arizona high desert near "Four Corners". Though the west is normally dry, I have lived in it many times and have, through return visits, including very recently, observed that its many scenic wonders are getting to be more dry with every passing year. Judge for yourself by clicking here. The late famous nature photographer Ansel Adams also took shots of the same location decades ago. 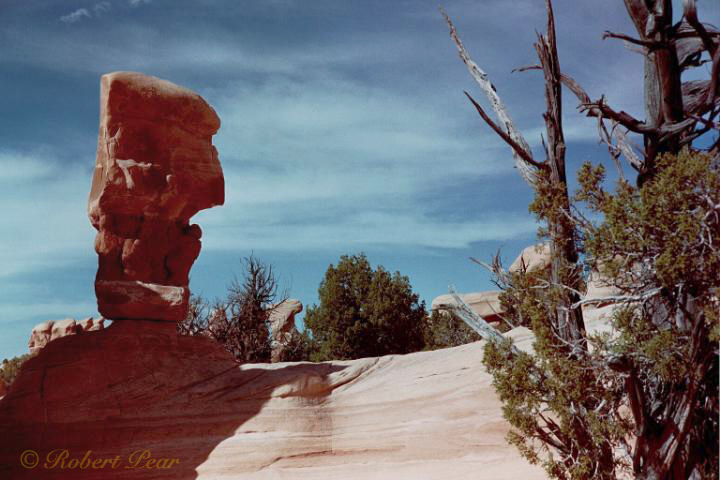 This is the "Devils Garden" and it is located inside of the "Grand Staircase Escalante National Monument". It was created using the "Antiquities Act" of 1906.It is under plenty of threats. There are many concerns relating to drilling.It is a nice large area which can help alleviate overcrowding of many other recreation areas by providing an alternative.The monument,located near Escalante , Utah ,has a nice trail .The "Lower Falls Trail" has desert like terrain and lush green areas.At trails end is an attractive waterfall. This is page 4 - (of 6).